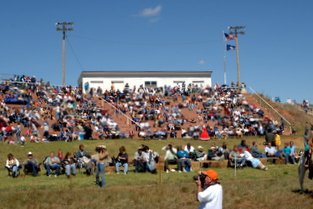 Peace Treaty Pageant
The cornerstone of Peace Treaty is the pageant. It’s a large-scale reenactment of the history surrounding the signing of the peace treaty. learn more 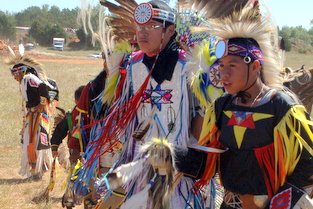 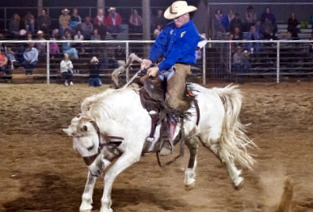 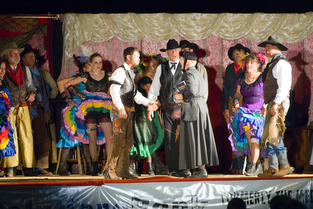 Historical Night Show
Don’t miss the live melodrama that tells the story of the Medicine Valley Bank robbery on Friday night. Can-can girls and gun-slinging cowboys will take you back to the late 1800s. learn more 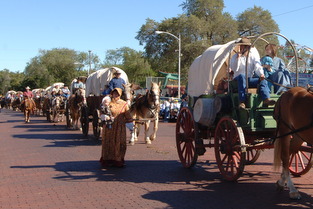 Peace Treaty Parades
The parades will be held on Friday, Saturday and Sunday mornings on Main Street. Bring a lawn chair and ear protection! learn more

The Medicine Lodge Peace Treaty Pageant takes place every three years and commemorates the Great Peace Council of 1867 between the US Government and the five Plains Tribes: Apache, Arapaho, Cheyenne, Comanche and Kiowa. The next pageant will be held in September 2021.

The large-scale reenactment takes place in a natural amphitheater just east of Medicine Lodge in the beautiful Gyp Hills near the original site of the council where the Medicine River and Elm Creek flow together. It compresses 300 years of history into two hours of entertainment and education, celebrating the diverse cultures of the native peoples, discoverers, explorers and settlers.

The pageant is an invitation to watch history unfold. Witness the Spanish discovery with Coronado. Lewis and Clark and Zebulon Pike come alive on the prairie. The natives become unsure of their place in their homelands. Cowboys drive a herd of longhorn cattle. The settlers move west ahead of the impending railroads. Not all are peaceful journeys in the covered wagons, and the cavalry must rescue settlers from a warrior attack. 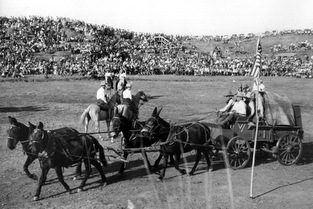